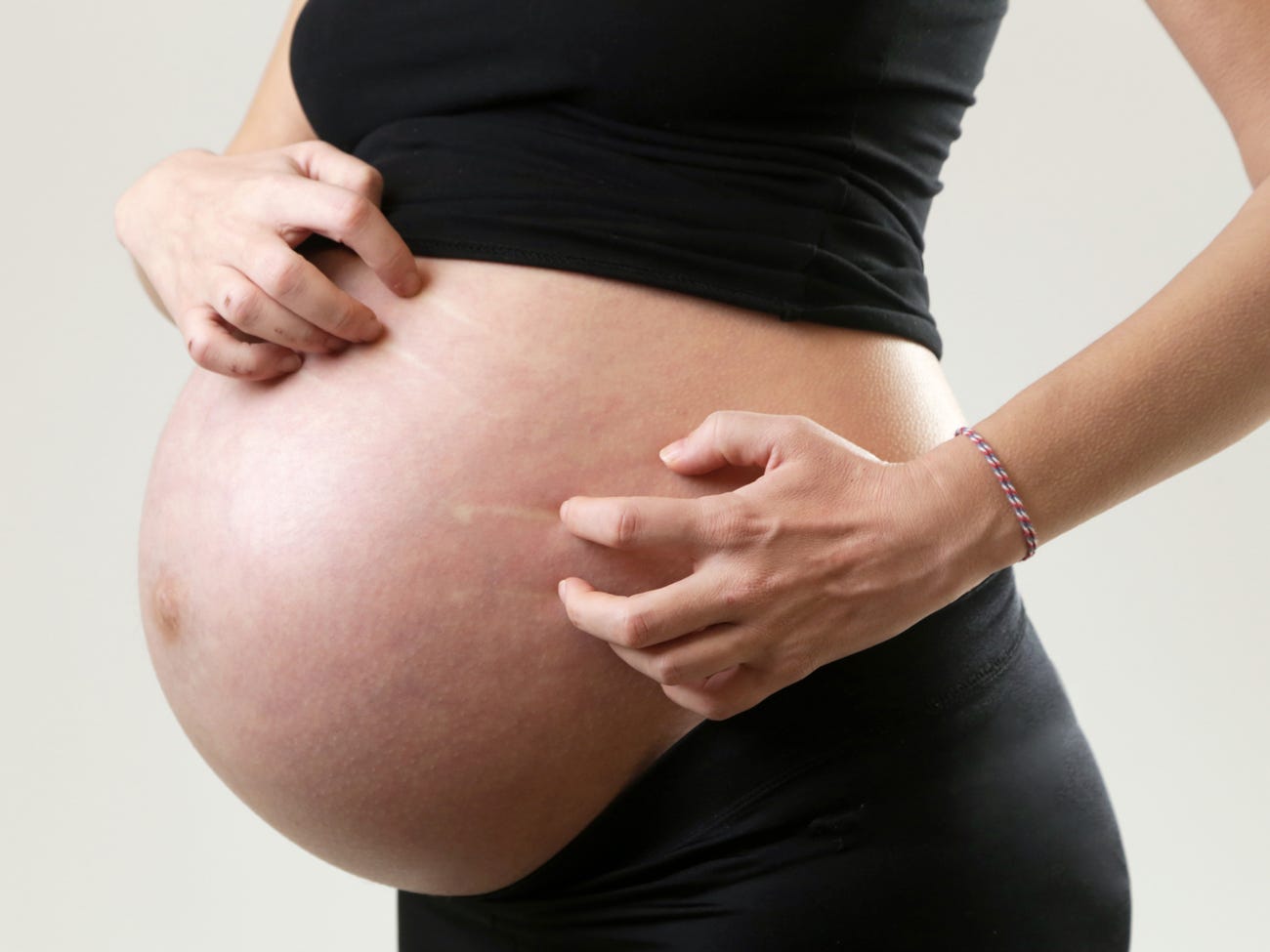 Cholestasis is a buildup of bile, something our bodies make to help digest food, in the blood. Many different conditions can lead to cholestasis including pregnancy. In that case, it’s called cholestasis of pregnancy.

This liver condition is serious and in a small number of cases can lead to stillbirth. However, with proper management, the risk of stillbirth is low. Here’s what you need to know about cholestasis of pregnancy.

Cholestasis affects about 1 out of every 100 pregnancies

Cholestasis occurs in about 1% of pregnancies in the United States. There are a few factors that increase a person’s risk.

Symptoms of cholestasis of pregnancy

The condition usually occurs in the third trimester and causes severe itching — what doctors call pruritis — that begins in the palms of the hands and soles of the feet and can spread to other parts of the body.

In some cases, jaundice, or yellowing of the skin and eyes, can also occur.

There are several rashes specific to pregnancy that can make a woman itchy. However, it’s important to note that if you have cholestasis of pregnancy you’ll feel itching without a rash, which should be a red flag for your doctor, says Devin Smith, MD, a maternal and fetal medicine fellow at the Ohio State University Wexner Medical Center.

What to do if you think you have cholestasis of pregnancy

The itching may come on gradually, so make sure to mention itchy hands and feet to your OB-GYN either at your next appointment or as soon as you suspect cholestasis, says Smith.

Your doctor can order a blood test to screen for elevated bile levels in your system. A bile concentration result above 10 μmol/L (micro-moles per liter of blood) is considered cholestasis.

But if you have serious itching and you haven’t felt the baby move in several hours, it’s time to go to the emergency room. “Decreased fetal movement is concerning independent of itching and warrants a call to your doctor or a visit to the hospital,” says Smith.

Cholestasis can endanger the health of the fetus

For the mother, there are no long-term adverse health effects besides an increased risk of cholestasis in future pregnancies. As hormones return to normal levels after birth, the cholestasis goes away, says Smith.

However, for the fetus, there is a risk of spontaneous preterm birth, and in rare cases, stillbirth. But the bile concentration needs to be extremely high to increase your risk of stillbirth, according to 2019 meta-analysis in the Lancet.

How to treat cholestasis of pregnancy

Pregnant women can be given a drug called ursodiol, which may help ease itching and stabilize bile acid levels in the blood. Doctors may also recommend Benadryl or lotion to calm your skin, says Johanna Quist-Nelson, MD, a maternal and fetal medicine fellow at Thomas Jefferson University.

While these medications may help make the mother feel more comfortable, they don’t lower the risk of stillbirth.

For that reason, the American College of Obstetricians and Gynecologists recommends parents with cholestasis of pregnancy schedule birth early, around 36 or 37 weeks.

Although babies delivered early face the same risks associated with prematurity, doctors believe it’s better to deliver the baby prematurely than risk a stillbirth from cholestasis,  which increases with each additional week of pregnancy after 36 weeks.

“Most women with cholestasis of pregnancy will have a healthy, uncomplicated outcome and that’s our hope for our patients,” says Quist-Nelson..