Cities and local governments in several states said they will continue to use a Canadian company to offer employees prescription drugs at a highly reduced price, even though federal officials raised safety concerns about the practice last week.

The municipalities use CanaRx, which connects their employees with brick-and-mortar pharmacies in Canada, Great Britain and Australia to fill prescriptions.
In a letter Thursday to CanaRx, the Food and Drug Administration said the company has sent “unapproved” and “misbranded” drugs to U.S. consumers, jeopardizing their safety.
The FDA urged consumers not to use any medicines from CanaRx, which works with about 500 cities, counties, school districts and private employers to arrange drug purchases. Some of these employers have used the service as far back as 2004. 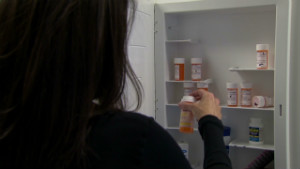 FDA warns Canadian company about distributing ‘potentially dangerous’ drugs in US
Prices of drugs from overseas pharmacies can be as much as 70 percent lower than what people pay in the U.S. because the costs are regulated by the foreign governments.
FDA officials would not explain why they waited more than a decade to act. They acknowledged the agency had no reports of anyone harmed by drugs received through CanaRx.
The FDA made its warning as Congress and the Trump administration look into ways to lower drug prices. Last month, Florida Republican Gov. Ron DeSantis said he has President Donald Trump’s backing to start a program to begin importing drugs from Canada for state residents.
After DeSantis’ comments, White House officials stressed that any such plan must get state and federal approvals.
The FDA said that in most cases importing drugs for personal use is illegal, although it very rarely has tried to stop Americans from bringing drugs across the Canadian border. It has not stopped retail stores in Florida that help consumers buy drugs from Canada since 2003. Nine storefronts were raided by FDA officials in 2017, although the FDA has allowed them to continue operating. 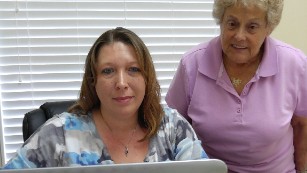 Defying ban, Florida stores ease access to imported medications
Schenectady County in New York, which has worked with CanaRx since 2004, defended its relationship and had no immediate plans to end it, according to Chris Gardner, the county attorney. “We will wait to see how this plays out, but right now it’s status quo,” Gardner said.
He said CanaRx, which is headquartered in Windsor, Ontario, helped the county save $500,000 on drug costs in 2018. About 25 percent of the county’s 1,200 workers use the program and get their drugs with no out-of-pocket costs. If they use American pharmacies, they generally have a copayment.
“This is a good program, and on the merits it looks lawful, and they are not doing the terrible things that the FDA is suggesting,” Gardner said.
CanaRx officials denied they were breaking any laws or putting Americans’ health at risk. They say they are not an online pharmacy but a broker between brick-and-mortar pharmacies in Canada, Australia and Great Britain and U.S. employees. People can buy drugs via CanaRx only with a prescription from their doctor.
The company said it has no plans to stop distributing drugs.
“The FDA’s characterizations of the CanaRx business model and operating protocols are completely wrong,” said Joseph Morris, a Chicago-based lawyer for the company. “It is not possible to place an order via any CanaRx website; the websites are informational only.”
Morris said the FDA notice prompted calls from many municipalities but all so far say they plan to stick with the company. 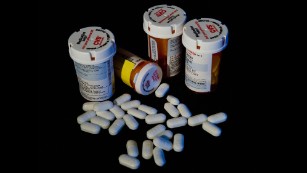 How to pay less for your prescription drugs, legally
Columbia County, N.Y., has been using CanaRx for about a decade and the savings allows it to offer employees drugs with no out-of-pocket costs instead of paying up to a $40 copay in local pharmacies.
“This is bull,” Stephen Acciani, an insurance broker who works with the county, said of the FDA crackdown. “They are not selling unsafe medications.” His recommendation would be for the county, which has more than 600 employees on its health plan, to continue using CanaRx.
He noted that employees receive drugs through the mail in their original packaging from manufacturers.
Kate Sharry, a benefits consultant to the city of Fall River, Mass., and more than 100 other municipalities in Massachusetts, said, “It will give some clients pause. How can you not pay attention to this from the FDA?” But she expects the local governments to stay with CanaRx.
Federal health officials under both Republican and Democratic administrations have blocked efforts to legalize importing drugs, saying it’s too risky.
“Sometimes a bargain is too expensive,” said Peter Pitts, a former FDA associate commissioner and president of the Center for Medicine in the Public Interest, a New York-based nonprofit that receives some of its funding from drugmakers. 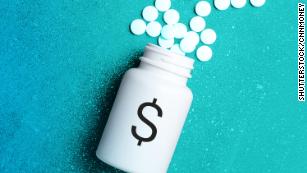 Vermont legalizes importing cheaper Canadian drugs, needs federal approval
Pitts, who applauded the FDA action, said it’s difficult for consumers to know when their pills from foreign pharmacies don’t have the correct potency or ingredients. He said doctors may also not realize a patient’s problem stems from issues with the medicine. Instead, the physicians may just change the medication’s dosages. He said it is not safe for Americans to buy drugs that are imported through foreign pharmacies.
Gabriel Levitt, president of PharmacyChecker.com, a website for U.S. consumers that verifies international pharmacies offering drugs online, said CanaRx is one of the safest ways for Americans to get drugs from legitimate pharmacies in Canada and other industrialized counties.
He said the FDA is trying to intimidate CanaRx and its local government clients. “My biggest fear is they will scare consumers and they won’t take their very safe and effective medications because they hear about this bogus warning.”
“The FDA’s action, which appears to try and make those programs look unsafe and sinister, seem to have a political and public relations purpose, one that is perfectly allied with the lobbying agenda of drug companies,” he said.
He pointed to testimony by FDA Commissioner Scott Gottlieb last week — just a day before the CanaRx warning. When asked about importing Canadian drugs, Gottlieb did not mention CanaRx, but he said that people going to a “brick and mortar” pharmacy in Canada “are getting a safe and effective drug. I have confidence in the Canadian drug regulatory system.” He added that his concerns are with online pharmacies.
The Pharmaceutical Research and Manufacturers of America (PhRMA), the industry trade and lobbying group, cheered the FDA action but denied it had any role in it, said spokeswoman Nicole Longo.
“PhRMA supports the FDA’s efforts to crack down on organizations that are circumventing its robust safety and efficacy requirements,” she said. “Drug importation schemes expose Americans to potentially unsafe, counterfeit or adulterated medicines.”
[“source=cnn”]