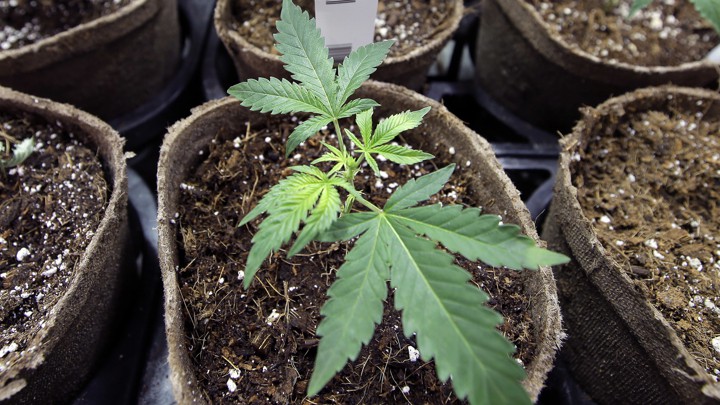 As more states legalize marijuana, usage rates are going up, and so are questions about the plant’s health benefits or risks, including during pregnancy. Many women of childbearing age use marijuana recreationally, and wonder about continuing occasional use when they become pregnant.

When people ask me whether marijuana poses a risk to the fetus—which they do, frequently—my stock answer has been, “Honestly, we do not really know.” The characteristics of women who use marijuana differ from those who do not in ways that relate strongly to infant outcomes; this is especially true when marijuana is illegal, but it remains true after legalization. And collecting data on illegal (and stigmatized) activities is challenging. Most existing studies are small, poorly controlled, and have shown mixed results.

Which is why I was happy to see a new study published in the Journal of the American Medical Association last month on the specific question of how marijuana use in pregnancy may affect birth outcomes, including prematurity. This study, which uses data from Ontario, differs from existing work in a couple of ways.

First, it is enormous and comprehensive. The study includes more than 600,000 women—effectively all the women who gave birth in Ontario from 2012 through 2017—and the data come from administrative records. Infant outcomes were measured objectively, and information on marijuana use was collected in the same way for everyone in the sample: Women were asked about it at an early prenatal visit, and their answers were included in their official records. Use was self-reported, but, again, at least all the women were asked the same question.

The authors dealt with the issue by using a matching technique: They matched users to nonusers with all of the same characteristics. Faced with a 16-year-old underweight tobacco smoker in the user category with no pervious pregnancies, the researchers looked in their (much larger) sample of nonusers for another 16-year-old underweight tobacco smoker with no previous pregnancies. They (or rather, their computers) did a version of this for all the marijuana users. Individuals without a match were left out. Individuals with many matches were compared with the average of their matches.

The goal was to have the two groups look as similar as possible on all variables other than use of marijuana. Then they could go ahead and compare the two groups with some confidence that the effects they saw were due to the differences in marijuana use.

This study could change the tenor of the discussion around marijuana and pregnancy. Already the website UpToDate, a resource for doctors to get up-to-the-minute advice about treating patients, suggests that medical professionals urge greater caution in light of these findings. That change seems appropriate. The JAMA study represents a sizable advance over what we knew before.

However, this new study is not perfect or comprehensive, and it shouldn’t be the end of the story. For one thing, despite the matching effort, it may be that the marijuana users in the sample were different from nonusers in ways that were unobservable to the researchers. Put differently, users are more likely to be underweight—could it be that they are less healthy in other respects, too? Since the researchers did not observe other metrics of health, they could not use their matching program to hold those constant. Nor did the authors offer answers to important questions such as: Does it matter when in pregnancy the marijuana use occurs? Does it matter if the user smokes marijuana or prefers edibles? And on and on. The authors, moreover, did not look into how marijuana use in pregnant women affects a child’s brain development later in life.

A blanket warning against marijuana use, moreover, might not be advisable given possible side benefits. Marijuana has been shown to dramatically mitigate nausea, for instance, so women with severe nausea may decide the advantages outweigh the risks.

In my writing I often complain about the studies we have available, usually without being constructive. Here, I think it is worth asking what even better evidence might look like. This question is not going away, and we need better answers.

The best evidence would come from randomized controlled trials. You might think that’s completely impossible—could we really randomly encourage some pregnant women to smoke pot? But I can see a couple of ways to do it.

One is to focus on women with severe nausea and treat some of them randomly with marijuana (probably in the form of edibles). Since a feasible medicinal benefit exists, there is a stronger argument for why this experiment is ethical despite the risk. A second is to take a sample of women who already use marijuana and randomly encourage some of them to quit during pregnancy. This type of study is the source of most of our evidence on tobacco.

A somewhat more social-scientific approach would be to look at whether pregnancy and birth complications go up in states that legalize marijuana (since presumably legalization increases usage, in pregnancy and out).

Until our data improve, we work with what we have. At this point, if you’re pregnant and a marijuana user and you’re wondering what to do, my answer is: Don’t freak out; do think seriously about quitting.