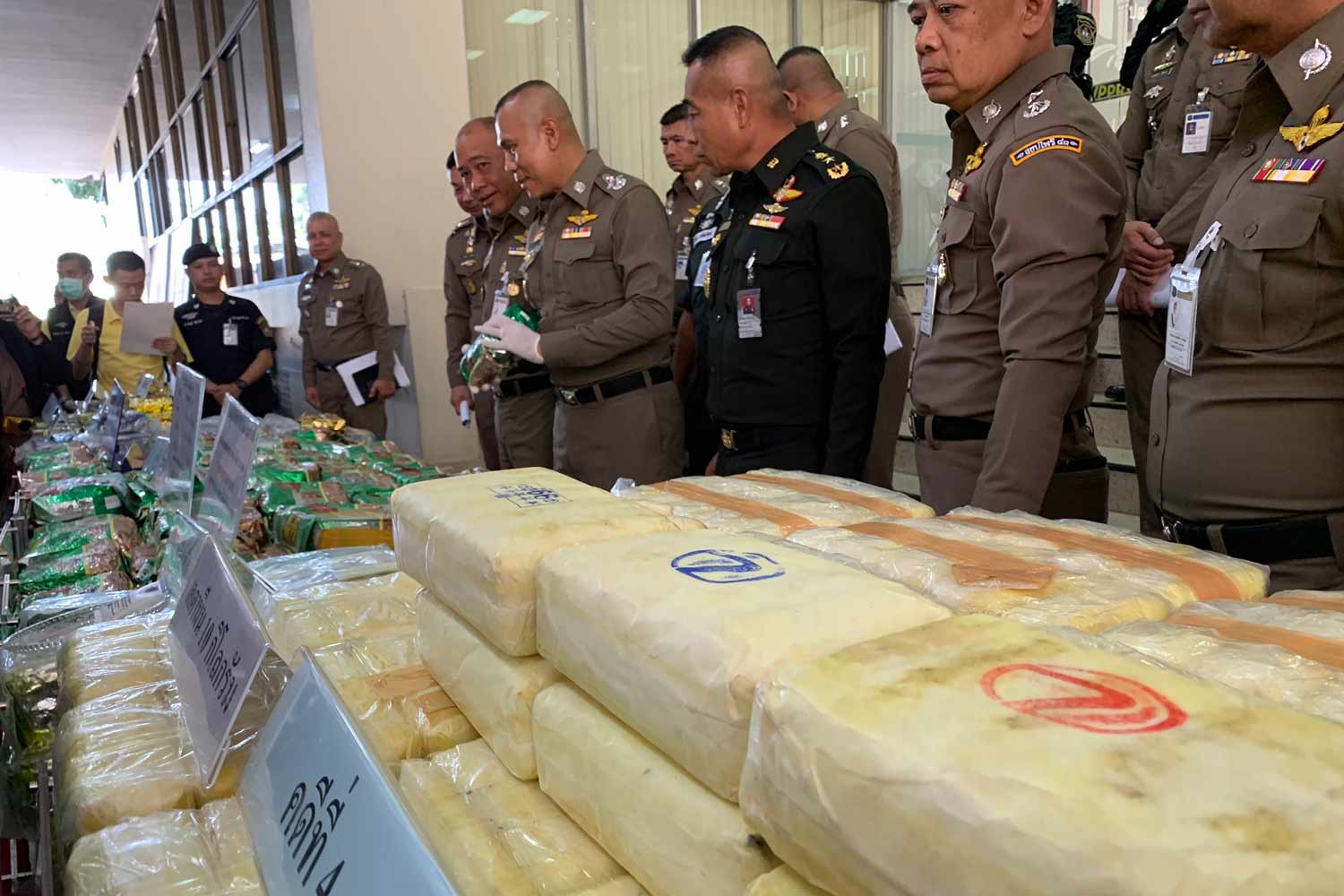 Police are tracking a money trail they believe will lead to a local politician in the South believed to have arranged finance for 459 kilogrammes of smuggled crystal methamphetamine seized recently in Bangkok.

Deputy national police chief Chalermkiat Srivorakhan said 459kg of crystal meth, or ya ice, had been smuggled into Chiang Rai from the Myanmar border town of Tachileik. The drugs were destined for customers in Songkhla, via Bangkok.

However, narcotics suppression police in Bangkok recently intercepted the shipment, apprehending Worawut Kraiwong, 32, and Angsuree Srikhamnuan, 33, on Kanchanaphisek Road in Bang Khunthian district. The crystal meth was found hidden in their vehicle.

The two suspects implicated two other men, Pohsa Ding, 51, and Korseng Nikoh, who were waiting to pick up the drugs from them at a petrol station in the Lopburi Ramet area of Songkhla.

Pol Gen Chalermkiat said the four suspects were charged with possessing illegal drugs and colluding to traffick the drugs.

Narcotics Suppression Board commissioner Pol Maj Gen Chinpat Sarasin said a certain local politician in the South had arranged the finance to buy the drugs, and hired the traffickers.

The NSB had evidence the same politician had arranged finance for the gang at least once previously.

Police were now trying to positively identify the politician by following the money trail. His assets could be ordered frozen under the money-laundering law, and he could face legal action.