The findings showed that despite being told not to make any diet changes, after several weeks of exercise participants naturally started to opt for healthier food, such as lean meats, fruits and vegetables. 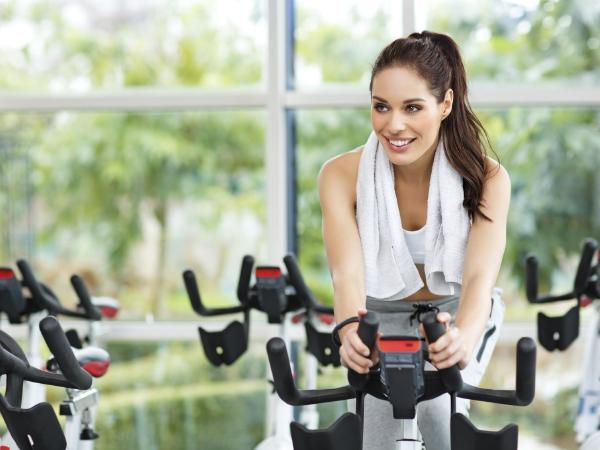 Boosting your levels of exercise may also improve your diet  |  Photo Credit: AFP

Austin: New US study suggests that individuals who want to make healthier diet choices may find that starting an exercise regime could help, as results indicated that regular exercise is linked to better eating habits.

Carried out by researchers at the University of Texas at Austin, the study looked at 2,680 young adults age 18 to 35 who said they exercised less than 30 minutes a week and who were not dieting.

Participants were asked to start engaging in 30-minute aerobic workouts three times a week for 15 weeks. They could choose from a variety of exercise types, such as stationary bikes, treadmills or elliptical machines, but were instructed to not change their diet in any significant way.

The findings, published in the International Journal of Obesity, showed that despite being told not to make any diet changes, after several weeks of exercise participants naturally started to opt for healthier food, such as lean meats, fruits and vegetables. Their preferences for fried foods, sodas and other unhealthy options also decreased.

Although it is still unknown what causes these diet changes, previous studies have found that exercise can reduce preference for high-fat foods in animals by changing dopamine levels or altering appetite-regulating hormones in the body.

“The process of becoming physically active can influence dietary behaviour,” said corresponding author Molly Bray. “One of the reasons that we need to promote exercise is for the healthy habits it can create in other areas. That combination is very powerful.”

Bray added that the current study included participants in a period of young adulthood which is crucial for forming healthy habits, with previous studies finding that considerable weight gain can occur during this time. In addition, being mild to moderately overweight at age 20 to 22 has been linked with an increased risk of obesity later in life.

“Many people in the study didn’t know they had this active, healthy person inside them,” Bray said. “Some of them thought their size was inevitable. For many of these young people, they are choosing what to eat and when to exercise for the first time in their lives.”

Bray also added that she believes that the findings are probably applicable to other age groups who started an exercise regime.